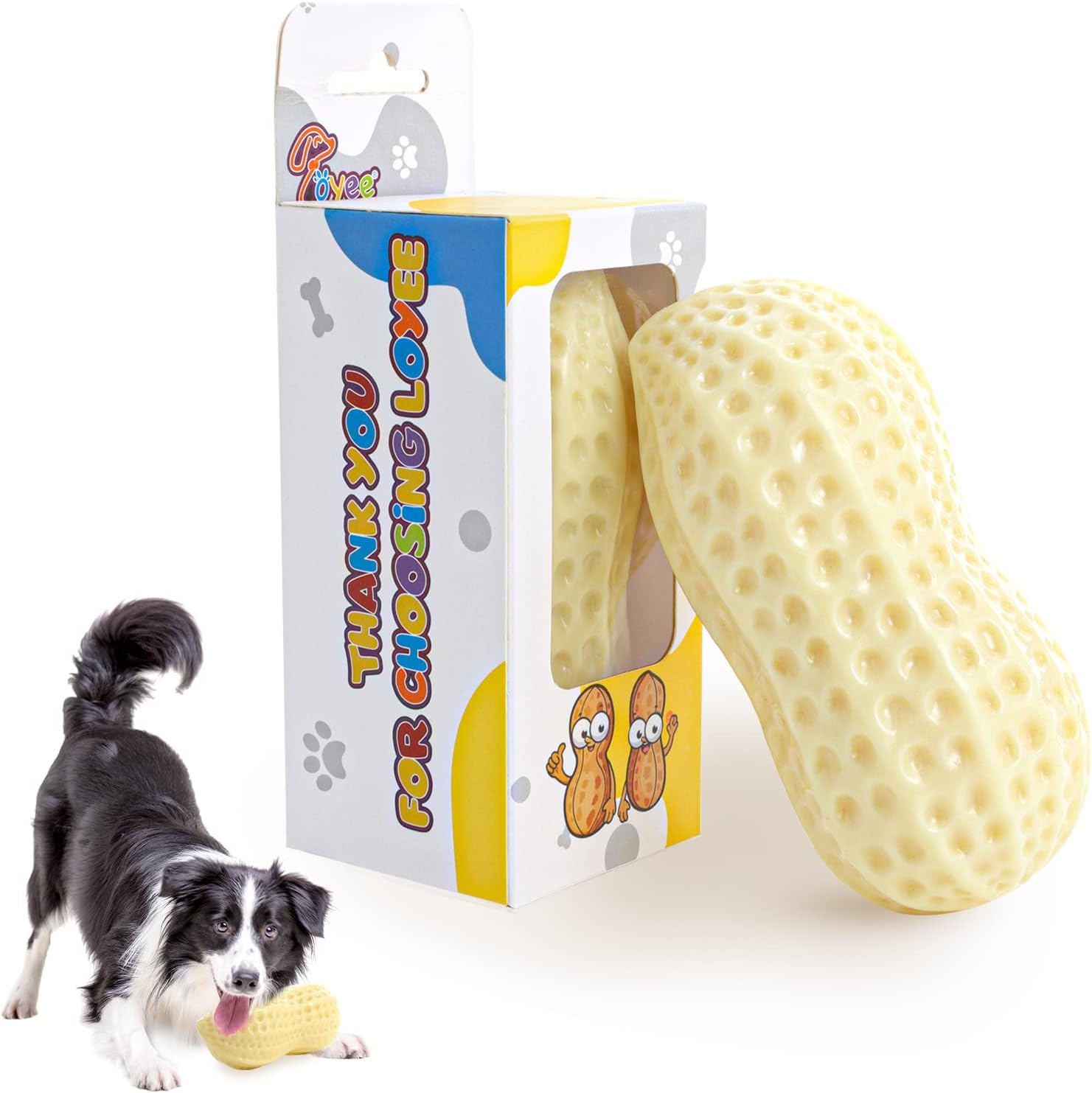 "li" 【Squeaky Dog Toys】This durable dog toy squeaks making it super attractive and satisfying for your dog. Due to this dog toy has good elasticity, You can also play interactive games such as fecth game with dog as well, making it a great bonding activity for both you and your dog. "li" 【Clean the Dog’s Teeth】This dog puzzle toy doesn’t only have a purpose to chew. It also can clean your dog's teeth and protect from bad breath. Or feel free to use it as a treat dispenser and put your dog's favorite snack such as peanut butter on the inside for a challenge for them.

Why Do Dogs Need to Chew Toys?
All dogs have a natural chewing instinct. Chewing can help dogs release excess energy. Besides, our special dog chewing toys with grooves can improve the dog’s teeth and gum health. Dog toys are a necessity to your dog's well-being! Dog chew toys help fight boredom and exercise their brains. Toys can also help with separation anxiety when you leave the house. “If you’re looking for something your dog will love then you’ve come to the right place!

"b"We Care About Your Furry Friend!
"b"1. 100% made with non-toxic, environmentally friendly and durable natural rubber.
"b"2. Durable dog chew toy can satisfy the chewing of small, medium and big dogs
"b"3. The groove design clean your dog’s teeth and improves your dog's oral health
4. Easy to clean! Simply rinse under water to wash and clean!
5. This durable dog toy also has a unique milk flavor, which make your dog love it more!