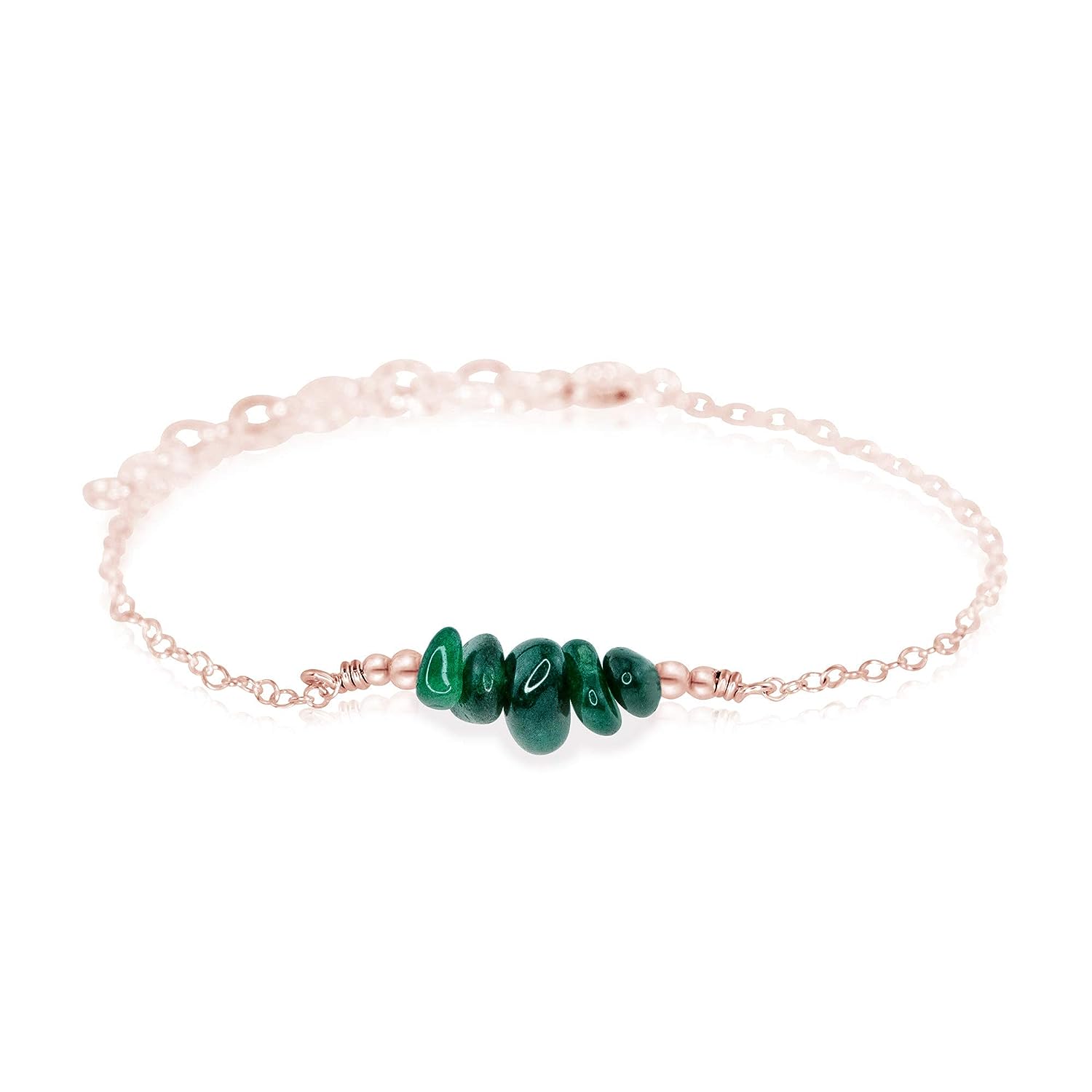 The emerald beaded bar is about an inch long, and can be worn straight or slightly curved against your ankle. The anklet is approximately 8 inches wide and is adjustable with a 2-inch long extension chain.

Your jewellery has been designed and handmade with love using genuine gemstones and crystals. It is packaged in a beautiful jewellery gift box along with a fact card telling you all about the crystal and its meaning. Crystals have inclusions, which appear naturally in gemstones. Sometimes they can be accidentally mistaken as cracks, but they're actually minerals that have been trapped within the crystal as it has grown. Inclusions are perfectly natural and make each individual crystal unique. They're part of the crystal's natural beauty and history.