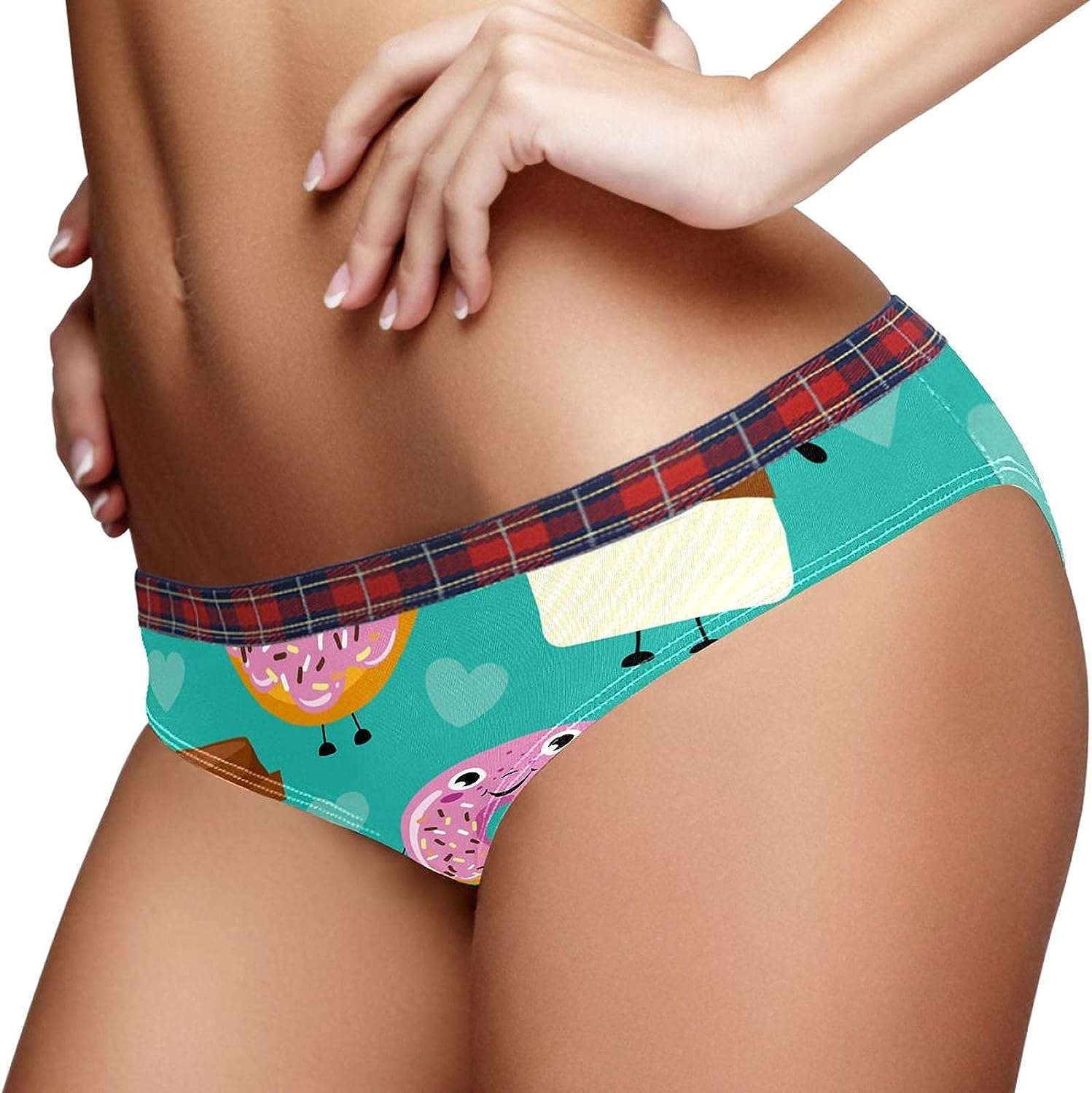 "li" ❀Fashion: Fitting briefs stays in place all day long. The unique print and waistband design make the underwear unique. Whether it is for sports or work wear, it will make you feel comfortable with any outfit. "li" ❀Cleaning Method: Please wash the underwear separately by hand as much as possible, healthy and hygienic, dark color separately, don’t iron, don’t bleach. please hang dry or tumble dry low.

❀❀❀close-fitting and comfortable ladies' underwear, whether you are working, leisure, shopping, dating, fitness, you can wear it, not only to provide you with privacy protection, but also to stay in place all day long.

❀❀❀Fashionable print and lattice belt design make the underwear unique. Therefore, it is also very suitable for gifts to family or partners.

❀❀❀If you have any questions, you can send us an email at any time, we will take every order seriously.

❀❀❀If you have a pattern you like, you can contact us to customize it for you. The belt is a fixed pattern and cannot be changed. Customize unique underwear for your closest lover.